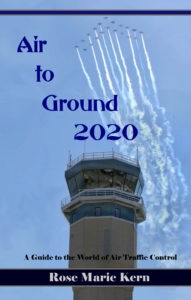 The relationship between pilots and air traffic control personnel  has never been cavalier. There is an invisible wall that exists – the  disembodied voice that carries instructions phrased in officially  sanctioned terminology is both reassuringly familiar and yet remote  and impersonal.

Air Traffic Controllers are distant and authoritative, heard but never seen, whose main purpose is to keep pilots and aircraft safe. Behind that confident decisive voice we hear on the radios are men and women who come through some intense training in order to get a job that pays well and commands respect.

At this time the only real information the pilot has about ATC comes in the form of government directives and orders, written in stilted language that tells the pilot what he has to do, but not why. They do not tell the pilot how  their actions are welded into a pattern that affects all the other pilots.

Almost 20 years ago the FAA began to take the steps necessary to convert their surveillance of aircraft aloft from one based on RADAR to one based on Satellite readouts.  The steps this entailed included the satellites, computer systems, new equipment in aircraft, development of new procedures and training of the nation’s ATC personnel.  As of 2020 this system became fully operational.

An Air Traffic Control specialist for over 33 years, first with the Federal Government and later with Lockheed Martin, Rose Marie Kern has written articles for 17 different aviation magazines and newsletters and is a popular speaker for pilot associations in the southwest. Her book, Air to Ground 2020, gives pilots a glimpse into the cold corridors of Air Traffic, and allows them insights into the people who work in an environment so critical to their own.

Air to Ground 2020  contains current and historical data on the National Airspace System, the Air Traffic Control System, and aviation weather in a way that is friendly, easily readable and understandable to even the most novice pilot. It is not meant to replace the government’s directives, but to supplement them.

Although there are a few books that talk about Air Traffic on the market, no other book approaches the pilot from this perspective, it fills a vacancy long overlooked.  Intermingled with the technical information are stories and snippets of humor collected over the last 33 years.  These little bits exemplify what happens in the Air Traffic workplace when the microphone is not keyed, humanizing   the disembodied voices the pilots hear.

“Air to Ground” is a phrase used to describe the frequencies used by the pilots when they speak to Air Traffic.

The book, Air to Ground 2020, appeals to pilots, airport managers and the air traffic personnel who work in the U.S.  and will greatly enhance the pilot’s understanding of the National Airspace System, its procedures, and the people whose job it is to provide for the safe and efficient flow of Air Traffic.

Table of Contents for Air to Ground 2020 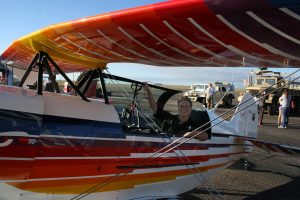